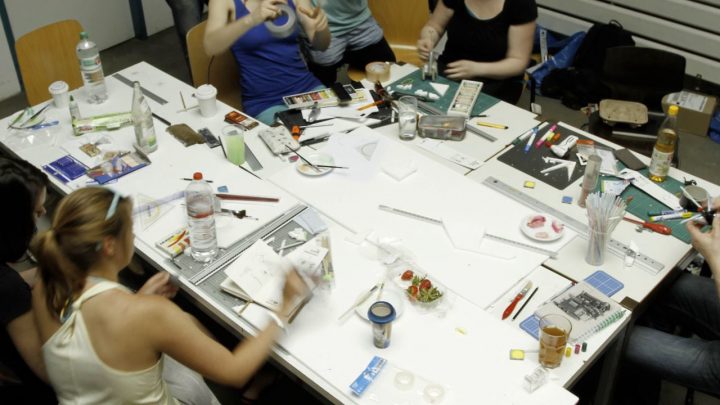 Generative design too often is associated with the requirement of programming knowledge. In a 2 day workshop called
»Handmade Generativity«, which i organized together with Jonas Jäger and Christopher Warnow at FH Würzburg Faculty of Design, we gave people the
opportunity to learn about generative design in an analogue way. This happened by connecting the approach of
generativity to the power and simplicity of handcraft. However, participants learned about programming basics such as
recursion, conditions like »if« and iterations.
The workshop had about 20 participants and consisted of an introduction into the topic, two free projects and a public
vernissage at the end.

In the introduction, participants were given the task of constructing a polystyrene triangle from their data: which
fields of study they focus on, their age and number of semesters. Every participant’s object was a unique representation
of himself. the resulting triangles were glued together and formed a physical data visualization about the participants’
backgrounds. At the same time, people were introduced to the idea behind generativity – to apply a set of rules / an
algorithm to a draft in order to control the resulting design. 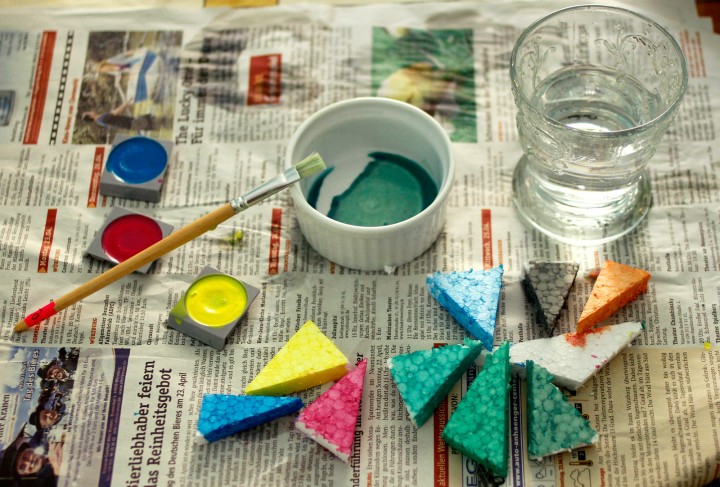 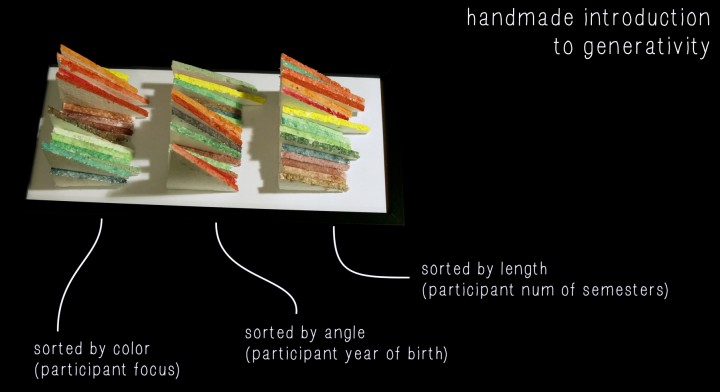 The second project included the construction of drawing bots from pens, brushes, office equipment and all kinds of tools
imaginable, one of whose were milk frothers as seen here. A huge (five x ten meters
sized) poster was created during that project, being filled with all kinds of generated patterns. 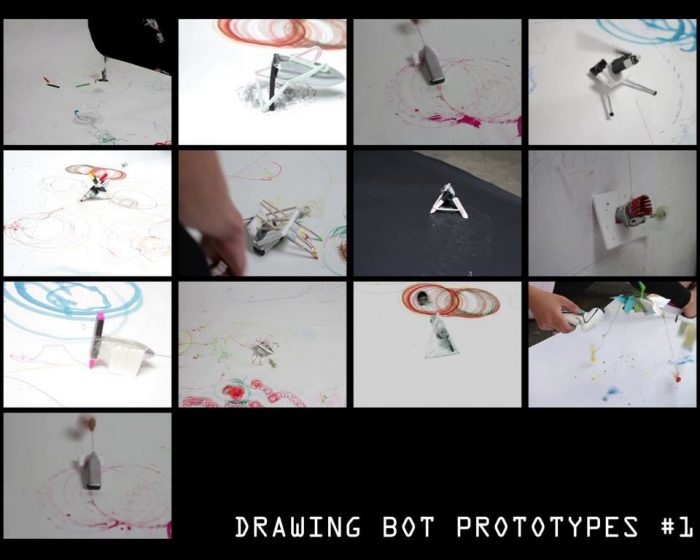 The third part included the development of a free project. Participants were asked to develop a ruleset which the
following creation should be based on. For example, one result of the third part was the 12-bit printer done by Stefan Beckmann and
Manuel Michel:

Special thanks go to Sophie Daum for
collecting hours of time-lapse footage for the documentation!